TRafficking as A Criminal Enterprise 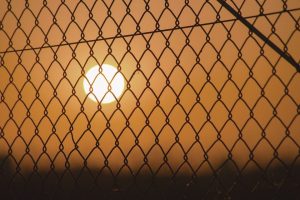 Human trafficking, is defined as “the recruitment, transportation, transfer, harbouring or receipt of persons, by means of the threat or use of force or other forms of coercion, of abduction, of fraud, of deception, of the abuse of power, or a position of vulnerability, or the giving or receiving of payments or benefits to achieve the consent of a person having control over another person, for the purpose of exploitation”. There are more actors today fighting this crime than ever before, and yet, despite the tremendous efforts and financial investments, there is no evidence to suggest that human trafficking is on the decrease.

The aim of the project was to support stakeholders in combating and disrupting human trafficking by assessing and consolidating information surrounding the perpetrators and the wider trafficking enterprise.

TRACE adopted a multi-disciplinary approach: legal, criminological, socio-economical, psychological, and law enforcement-oriented, in order to provide a full account of the phenomenon, and build upon on-going European and national projects and activities. It focuses on the activities of the perpetrators by developing an understanding of the structure, social relationships, modus operandi, travel routes and technologies associated with different types of human trafficking.

Trilateral Research were the coordinators of the TRACE project. Moreover, we led WP4 on the role of technology in human trafficking. This required an analysis of how technology is being used in the trafficking of human beings. Additionally, the research team provided recommendations on how technology can help combat this crime. Lastly, Trilateral was deeply involved in the dissemination of the project, including writing academic and popular press articles and the creation and development of the project website.

Over 20 deliverables, read some highlights below.

A report concerning the macro and micro analyses of human trafficking

Report on how external factors such as socio, political and economic factors, or interaction with other criminal industries shape the phenomenon of trafficking

A report on how future socio-economic, political and criminal trends might impact human trafficking in Europe

The TRACE project – TRafficking as A Criminal Enterprise – has received funding from the European Research and Innovation programme FP7 under grant agreement No 607669.