Law and ethics, not law or ethics: comments to the UNESCO recommendations on the ethics of artificial intelligence

On July 31, 2020, Trilateral Research provided feedback to United Nations Educational, Scientific and Cultural Organisation (UNESCO) as part of a public consultation on its draft Recommendation on the ethics of artificial intelligence (AI). This is part of a two-year process at UNESCO to create the “first global standard-setting instrument” on the ethics of AI.

Drawing on the collective expertise from a group of Trilateral researchers, our feedback focused on aligning ethical principles to existing human rights law and on highlighting the critical role of small and medium-sized enterprises (SMEs). Many aspects of our comments were inspired by our work on the ethical and human rights impacts of AI in the EU-funded SIENNA and SHERPA projects.

The draft Recommendation “approaches AI ethics as a holistic framework of interdependent values, principles and actions that can guide societies in the AI system lifecycle,” identifying six values and 12 principles.

The second half of the 19-page draft is dedicated to specific policy actions for States, organized within five ‘action goals.’ While the specific proposals address a broad range of policy issues, all are directly related to UNESCO’s mandate in education, science, and culture.  As a result, some issues are not addressed; for example, impacts on artists and cultural heritage are explicitly included, while impacts on justice systems are not.

Trilateral welcomes UNESCO’s initiative to provide specific, actionable recommendations to States. However, we have identified many opportunities to improve the content and language of the draft.

Most critically, Trilateral strongly encouraged grounding the ethical principles in law. Governance of AI systems should not be limited to ethical considerations, as human rights and other legal systems provide more concrete and established frameworks.

The draft Recommendation often mischaracterized human rights as an ethical ‘value’ instead of a legal framework with legal obligations, missing opportunities to anchor the Recommendation in existing (and developing) legal systems and mechanisms.

Trilateral also recommended adding language on SMEs, particularly in regard to promoting AI education and awareness. Other suggestions from Trilateral included adding the ethical principle of non-maleficence, clarifying that privacy is more than data protection, addressing the impacts of surveillance (which is not mentioned), elaborating on the potential role of ‘AI Ethics Officers’, and recommending States develop legitimate redress mechanisms to address ethical concerns and human rights violations.

In regard to the structure of the draft Recommendation, Trilateral disagreed with the distinction between values and principles (and a vague categorization of principles into two groups), and strongly recommended merging all into one list of ethical principles. We argued that the relation of AI within the social and environmental context is what matters for the ethics of AI, not AI in and of itself.

Trilateral ended with a suggestion that UNESCO develop supplemental interpretative guidance to the Recommendation, similar to general recommendations or comments published by U.N. human rights treaty bodies to help States meet their treaty obligations. These non-binding guidance documents could be more frequently updated, enabling the UNESCO Recommendation to remain relevant in spite of rapid technological change.

Special thanks to Agata Gurzawska, Adam Panagiotopoulos, Katrina Petersen, Anaïs Resseguier, and Rowena Rodrigues for their contributions to Trilateral’s feedback to the consultation. 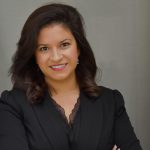 The COVID-19 breakthrough we have all been waiting for came this week: a vaccine. If this vaccination is approved, it would allow the world to

On 10 November 2020, the EDPB published Recommendations 01/2020 on measures that supplement transfer tools to ensure compliance with the EU level of protection of

Although we can’t yet be certain that space is the final frontier, it is without question the next one. Human space flight and the exploration

In the last 20 years, several attempts have been endeavoured in the United Kingdom to reform the Adult Social Care system, but after 12 White